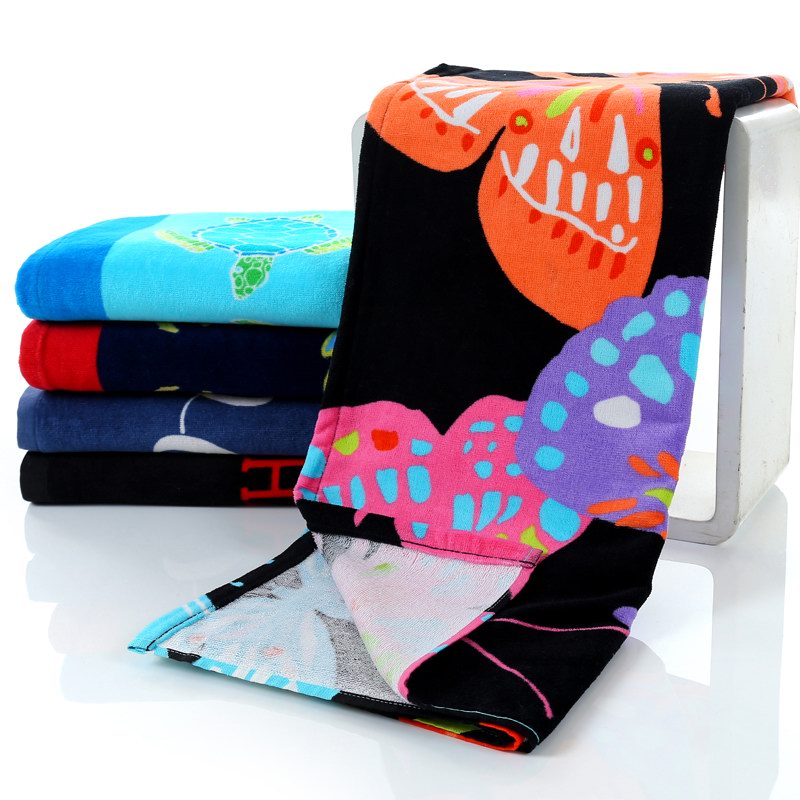 Beach Towels its raw material is cotton yarn, its size is larger than the towel and its main characteristic is colorful and rich pictures. It is mainly used for outdoor activities, brushing after exercising, covering one’s body. It also commonly covered on sand or grass for lying. Most people choose pure cotton and having beautiful designs beach towel.

1. The generation of beach towel

2. The purpose of beach towel

3. The technology of beach towel

4. The generation of beach towel

Now the traffic is so convenient that it even doesn’t take one day from northeast to Hainan. more people, especially the inland, are willing to go to the beach for vacation. Beach is always a joyful ocean for people, people can take off his shoes, take the foot easy and feel the soft sand. However, when you are tired, you cannot sit or lie on the sand, which the beach towels are required. The emergence of beach towel has a big impact on seaside tourism. Since the beach towel appears, people can sit and lie on the beach freely and comfortably.

The purpose of beach towel

The beach towel size is big, it can be wrapped in waist, put on the body, is in the head and neck, is regarded as the cover of the accessories, can also lay on the beach one side for lying on the beach in the sun and the other for isolating sand waves. In fact, the biggest influence of the beach towels is to brush the water on the surface of one’s body, because the skin under wet condition, the ultraviolet ray in sunshine through the role of the reflection pool or sea water caused by sun exposure effect will be three times than under dry condition! But you don’t brush the water on your body after swimming, pain and skin blisters will be wrapped in you, so you must carry a beach towel, when you play water or swimming outdoors.

The technology of beach towel

Because the beach towels are used outdoors, its appearance is generally more complex and beautiful. It can be divided in the technology into: jacquard beach towel and printed beach towel.

Custom Beach Towels China Manufacturer are commonly reactive printed beach towel, it’s an advance printing technology, its color is bright and fabric is soft, it will not fade no matter how long you wash. 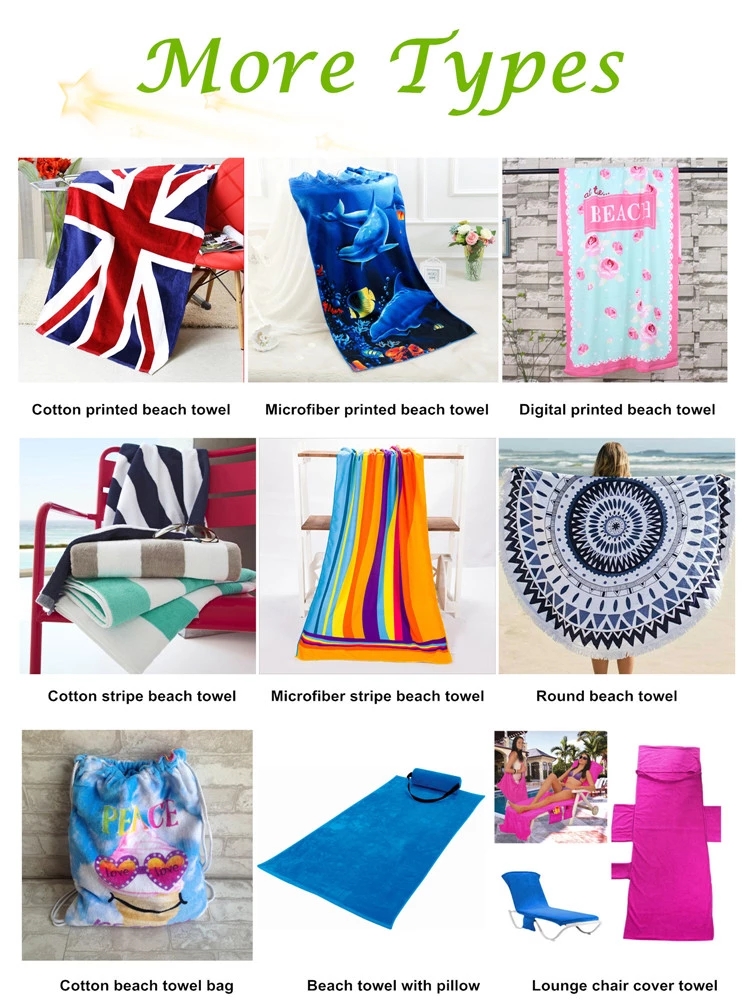